With the rising need to combat the effects of climate change – or rather the root cause of climate change, one sector has found itself under the axe: the food industry or, more specifically, the meat industry. For decades, those fighting for the planet’s sustainability  have fought against the practices of the meat industry; from inhumane breeding and slaughter practices, to increasing greenhouse gas emissions – they’ve questioned it all.


Just when veganism was gaining traction globally, “lab-based” or “cultured meat” enters the picture. Lab-based meat refers to meat that is cultured in a laboratory under controlled conditions using bioreactors, similar to the way in which some biopharmaceuticals are produced. While the term “lab-based meat” or “lab-grown meat” is usually met with a shudder from meat consumers, there seems to be an uptick in its consumption. The term “cultured meat” is used more often now, given that lab-based meat doesn’t sound as appealing to consumers as it does to scientists.

The seed cells for culturing the meat can be sourced from plants and animals. In either case, they promise to become the next green and ethical alternative to traditional meat. Many people consider it “meat without slaughter”, but that might not be entirely true – more on that later.

Professor Mark Post of Maastricht University created the first burger made from lab-grown meat in 2013. He used cow stem cells, grew them into muscle strips and turned them into patties. The study was allegedly funded by Sergey Brin, co-founder of Google, and marked the pivot of the food industry. Almost 10 years later, a Singapore-based restaurant sells chicken nuggets, made from lab-grown meat, with official regulatory approval.

Every year, at least 18 billion animals are killed for food, but 26% are discarded as waste for several reasons, including poor quality and supply chain issues. In addition, it’s estimated that between 51 to 168 billion fish are caught each year, and less than half are used as food – the rest goes to waste.

It is arguable that society has reached a point where we’re rearing animals under strenuous conditions, without even using them for the purpose they are being bred for. The efficiency of these production processes is also poor, with a standard efficiency rate of ~30%. For example, if a single steer weighs 1200 lbs, you’ll probably get ~400 lbs of meat (200 lb beef and 200 lb steaks), and the rest goes to waste.

The implications of such waste are vast when you consider that 87% of farmed land is dedicated to livestock agriculture. Animal farming is single-handedly responsible for 85% of Amazonian deforestation. Livestock agriculture also release greenhouse gases, such as methane, carbon dioxide and nitrous oxide, contributing further to global warming.

A recent study indicated that conventional meat could be considered more sustainable than cultured meat because the energy consumption required to produce the latter at scale would be high (Figure 1). However, there’s an important caveat. From an energy consumption standpoint, conventional meat only comes out on top when the energy sources used to culture the seed cells is from non-carbon-neutral sources. 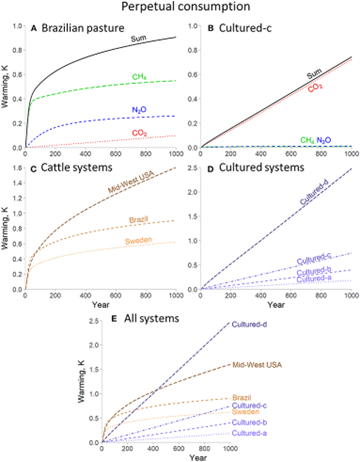 A 2021 study provided further evidence that cultured meat could be more sustainable if at least 30% of the energy is sourced from a sustainable resource. Cultured meat derived from animal-based sources requires heavy energy consumption because of its need to be cultured at 37o C. An exception, in this case, would be fish culture. As fish are a cold-blooded species, the required temperature is much lower, generally between 25o to 35o C. When cultured meat is plant-based, the sustainability score increases further still, as plant-based meat does not consume high amounts of energy.

According to Markus Maibaum, plant-based food expert and former environmental researcher, “When we’re looking at only climate change, cultured meat can do its part too. By using way less agricultural land, we can reforest many areas we currently use as pasture (two-thirds of our agricultural land). In most cases, these lands had different natural vegetation, which was removed for grazing animals.”

He also adds that, while it’s hard to pinpoint the exact energy consumption between different stages of the meat culturing process (Proliferation, Differentiation, Maturation, Harvesting and Cleaning), there are strategies to bring the energy cost down. Some approaches include:

A current barrier to cultured meat’s sustainable future is plastic waste. When meat is cultured in a laboratory it requires a lot of plastic materials, which are often single-use, contributing to the 400 million tons of total plastic waste produced each year globally.

When we account for all these factors, cultured meat can be more sustainable than conventional meat, but there are a few factors that need to be addressed.

There’s no clear data on how cultured meat is impacting animals at ground level. Since it’s a relatively new industry, debate on whether it will deliver on its promise remains.

For example, when stem cells are cultured in a bioreactor, they are grown using culture media containing 20% Fetal Bovine Serum (FBS), drawn from the blood of a calf. Generally speaking, pregnant cows will have to be slaughtered before drawing blood (or tissues) from the fetus. The FBS industry has standard practices to ensure that the blood is drawn only when the fetus is dead due to anoxia while it’s in the uterus.


Currently, all cultured meat that is approved by regulatory bodies is produced using FBS media. It’s not only expensive, but also contributes to animal harm. It means that cultured meat is distinctly non-vegetarian and cannot be classed as completely animal-free. In the case of cultured meat that uses animal-derived stem cells, the animal remains the source of the meat – albeit, minus the slaughter.


“To date, the influence [of cultured meat] livestock is negligible. Most of this is still in the development phase. Companies are still trying to eliminate their dependence on animal slaughter through the use of FBS and improve their production process so that it is a less carbon-intensive process than traditional cattle and other meat products,” says Milton Muldrow, director of natural sciences at Wilmington University. This is in line with reports that companies are trying to gain approvals for new product versions approved that do not use FBS.

Many supporters of cultured meat are in favor of its wide-scale adoption because of the lack of supposed harm to animals. However, the effects on the livestock industry and the economy cannot be ignored. If cultured meat replaces conventional meat, many services within these sectors will be lost, and the primary source of income for many rural communities will be heavily affected. It could cause enormous repercussions for countries that rely on such farming practices.

Many within the livestock farming industry are also pushing against a move towards cultured meat. In an opinion piece published in the European Livestock Voice, leaders in this space claim that using cultured meat could be harmful for nutrition and would not contribute to a circular bioeconomy. Current production of synthetic meat alternatives hasn’t mastered the composition of actual meat. For example, it’s hard to incorporate fat with lean muscle, since both of these components require different growth conditions, which is why only the ground form of meat, like patties, nuggets, etc., are being sold. In addition, biomass like green pastures is left unconsumed by livestock which could become an environmental burden and threaten the circular bioeconomy that the industry has established.

While from a societal and economic perspective, it might seem like a valid threat, the growing issue of global food demand is pressing and needs to be addressed. We have already resorted to caging animals and breeding them solely for human consumption. Was that the future we were planning on creating for farming practices?

Even though the practice of animal rearing is nearly 9000 years old, that doesn’t mean we continue repeating it without changes if there are more sustainable and ethical options available – after all, farming has never been done at this scale before. The global population has increased 1860 times since 10000 BCE i.e., roughly 12,000 years ago. What’s perhaps shocking is that the population exploded only after 1800 – from 1 billion to almost 8 billion today (Figure 2). Food is one of the reasons for this explosion, as newfound trade routes allowed native populations to access nutritious food from different regions. More food resulted in healthier and more fertile populations which, in turn meant more people who need more food – leading to increased pressure on the agricultural industry. This increase was a massive driver for the current state of the meat industry. 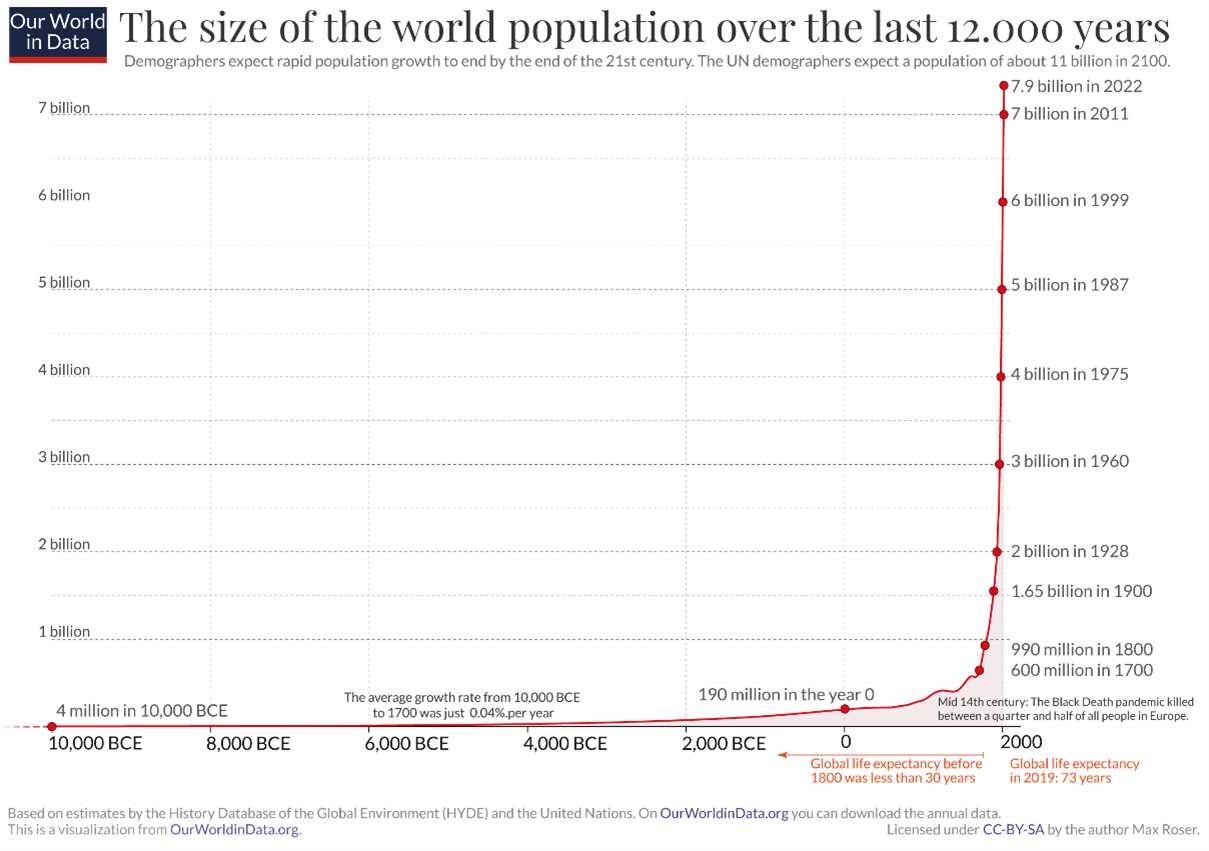 Figure 2: The glaring increase in the world’s population from 10000 BCE to 2022. Credit: Roser, Ritchie and Ortiz-Ospina, 2013, retrieved from https://ourworldindata.org/world-population-growth [Online Resource].

The farming industry must focus on more purposeful farming ventures to protect the future of rural farmers. For example, they can rear fewer animals for products like milk, eggs, wool, fiber, etc. Of course, for animal-based cultured meat to be available, animals will still need to be bred to provide the stem cell source. Collectively, from an ethical perspective, this could be a positive change.

It appears that a substantial change in the meat industry is going to occur. Dr. Mohit Bhatia from the cultured meat industry, “The total global market for processed meat is over $300 billion, growing to about $500 billion by 2030 (as per Allied Market Research). The market for cultivated meat is expected to reach about $3 billion by 2030. However, with improved cell culture technologies, the cultivated meat market should take a substantially more significant component of the meat market.” A survey estimates that by 2040, 35% of the meat market will be animal-based cultured meat and 25% will be plant-based. 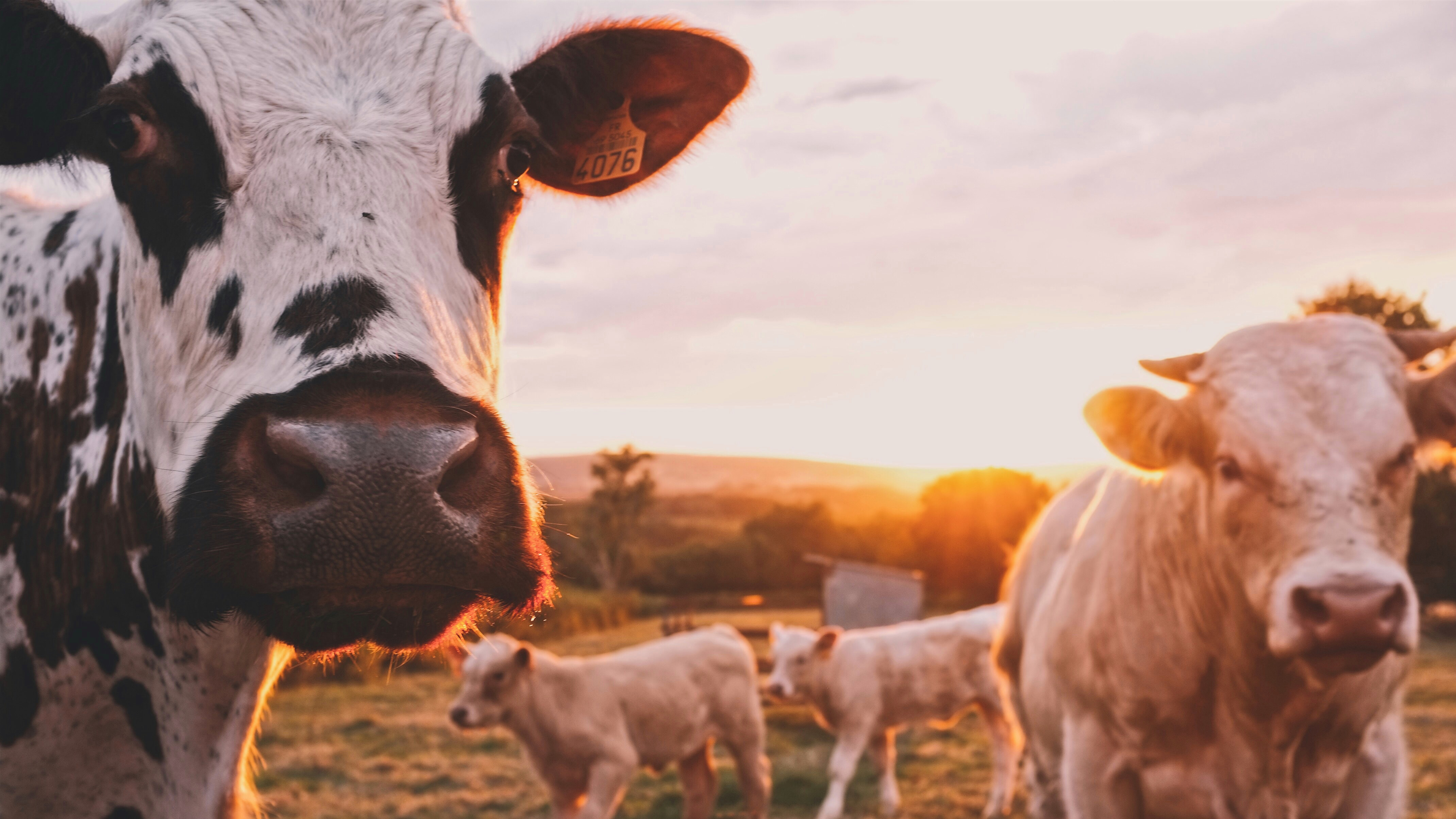 For this to happen, a vast cultural and technological shift must occur. Most people still question cultured meat’s texture, taste and nutritional value. In terms of technology, we need to solve the massive energy burden that the industry will put on the environment. It’s hard to scale these operations too. If we assume a scenario where 10% of the meat market by 2030 is supported by cultured meat, we’d need approximately 40 million metric tonnes of meat. To produce this, each facility will need to have 130 bioreactor lines and each bioreactor line will need one 10,000–20,000 L stirred tank bioreactor, and four 2000 L perfusion bioreactors. Right now, 1,000 to 2,000 L bioreactors are the most commonly available types. Plus, to be completely ready for this scale of production, we’d need at least 4,000 facilities.

Once enough evidence indicates we’re overcoming these challenges, we might see an increase in the adoption of cultured meat. An excellent example of its growing presence in the market is its reduction in cost, decreasing from over $1 million per kg in 2013 to merely $22 per kg in 2020. 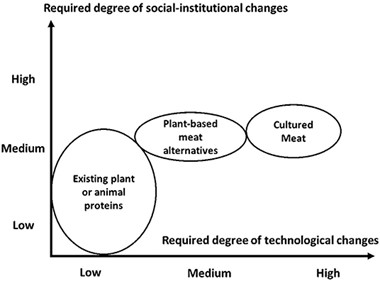 Figure 3: Level of socio-institutional changes and technological changes needed for the adoption of cultured meat (Chriki and Hocquette, 2020).

Cellular agriculture might soon replace a portion of livestock agriculture, and there might be positive and negative repercussions; positive in the sense that we’re moving toward a more sustainable and ethical future. On the other hand, an entire industry will be forced to undergo an industrial shift that will affect rural communities globally.

Cultured meat has the potential to be an ethical and sustainable alternative compared to traditional meat. We need to solve the challenges discussed in this article by developing cultured meat that consumes less energy, has a more natural composition and is completely slaughter-free. Only time will tell whether it delivers on its promise.